Harry Blackburn (MD0HEB) – A Great Friend who will Never be Forgotten. 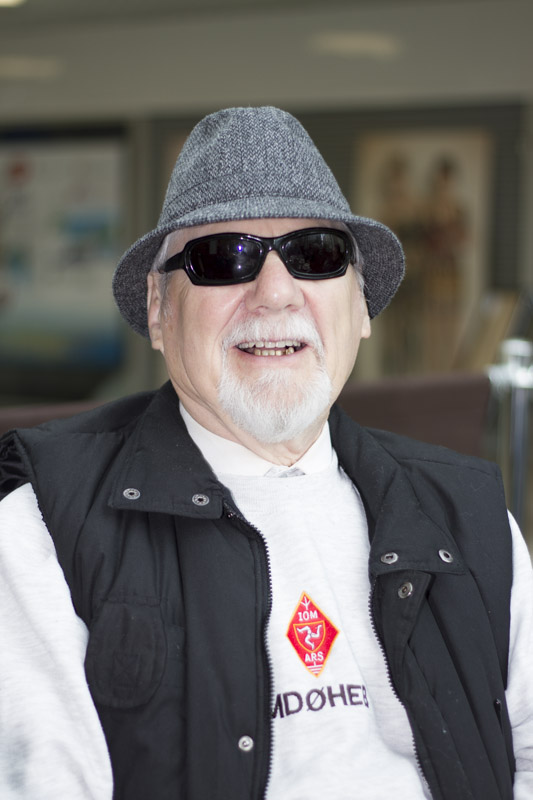 The Very Best of Friends

Today at around 4am, we lost a good Amateur, and above all, a very good and loved friend.

Harry Blackburn (MD0HEB) will be missed, not just by his loving family, but by his friends who stayed with him till the end, he was a real character, a special person and touched so many in his travel though life.

I meet Harry when I joined the local Amateur Radio Club, he was the type of person that would always welcome strangers and make you feel at home, and we hit it off from the start and soon became good friend. He worked at the old House of Keys in Castletown and would dress up in his finery and act out debates and meeting for visiting tourists, I was lucky to see this for myself one day and instantly saw that he really loved the job, and he would really fall into the role, everyone that went through the ‘The Old House of Keys’, thoroughly enjoyed the show and came away better for it, he was well liked and suited this role perfectly, it must have been the only time that you would not see him in his old hat and his Amateur Radio Sweatshirt.

Harry Blackburn, playing the part at the Old House of Keys in Castletown

Harry and his bike were regularly seen around Castletown.

There was always two things that Harry went on about, Australia which he loved, and Amateur Radio, which he lived.

He was not one of the big station, but he really enjoyed getting on the radio when he could, in the early days when GD was working he would often be heard talking with Ross and Andy and of course old Bill, he knew how important the radio was to those people and would try to contact them as and when he could.

A few years back now he managed to combine the two by operating in Australia during the countries 100th year of Amateur Radio, that meant so much to him, and often talked about it on his return.

Harry Blackburn (MD0HEB) operating from Australia for the 100th Anniversary of the WIA.

Harry (MD0HEB) was never happier than when on the radio.

Harry was not one for passing up sitting in the sun and relaxing, especially in the company of friends.

Harry Blackburn was always the one with a smile on his face.

He would always find a comfortable spot to operate from!

I will never forget you Harry, you were the best of friends and someone that I will truly miss.