Top Posts
Wonderful gift from a new friend…
Had Enough
Stuck inside a body that is not mine!
All Alone with Cancer
Back on the island at last
Confusion, Non-Stop Sickness and 20 Hours a Day Sleep then more sickness.
It Really Hurts!
Nill By Mouth
My Worst Hospital Experience
Forced to Liverpool and F%€king Hating it!
Home Amateur Radio Ham Radio Summer at Scarlett Point!
Amateur Radio 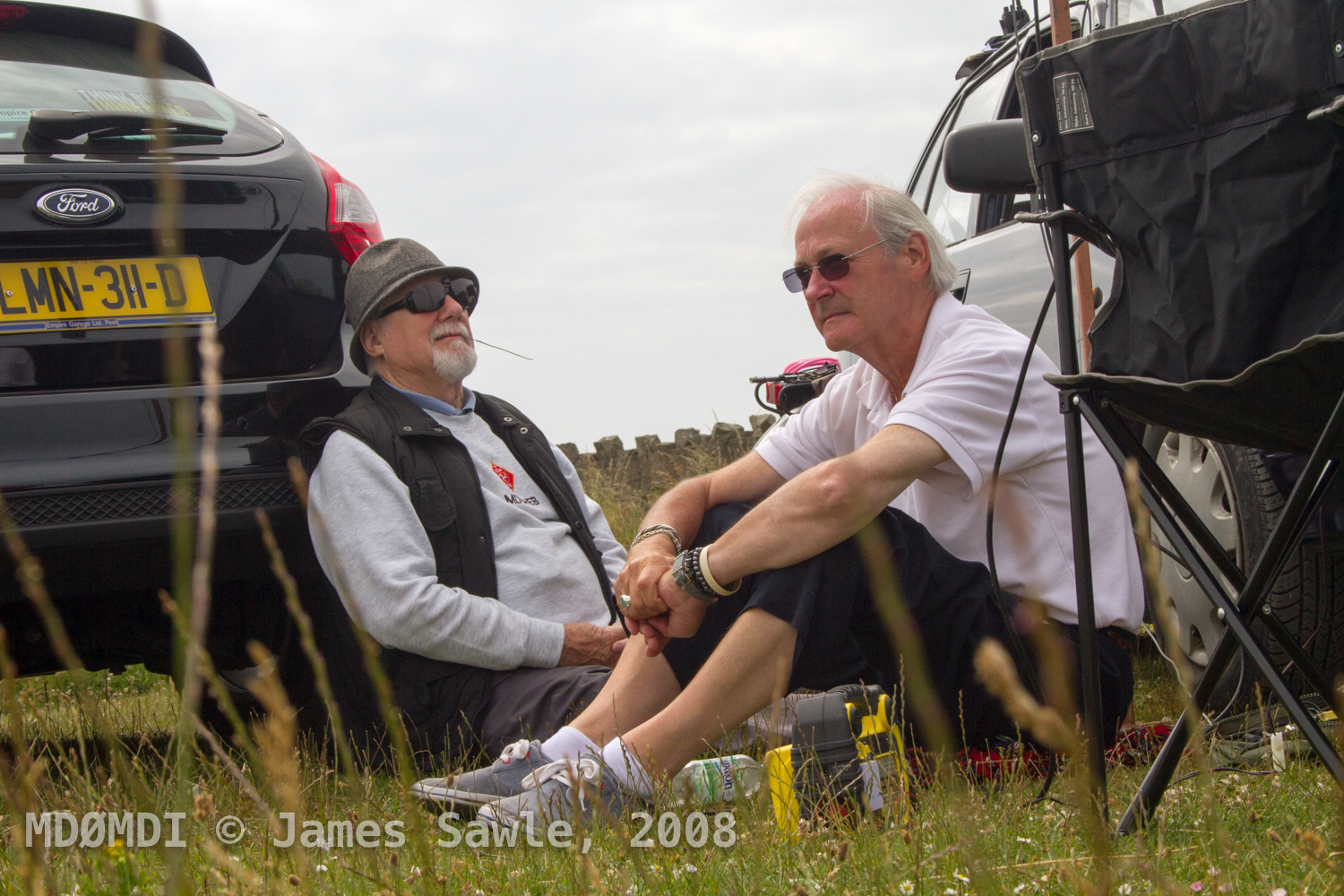 Scarlett Point, the perfect spot for relaxing and playing radio.

Instead of going for a coffee, we decided to meet up at Scarlett Point, near Castletown (IO74QB) and just have a day relaxing in the sun with a length of wire, a Vertical brought by John (GD0NFN) and see what we could do by working QRP.

We couldn’t have hoped for better weather, the sun was out in full force, and we had all that we needed, drinks, radios, and warmth in the sun, on the grass, at Scarlett Point!

I arrived early as per normal and waited to see who arrived first, it certainly looked like being a good day.

I could never understand how good old Harry (MD0HEB) could ride his bike being as blind as he was, but soon after getting out of the car he arrived.

Harry riding on past me, this is how blind he was, he said later that he did not see me! 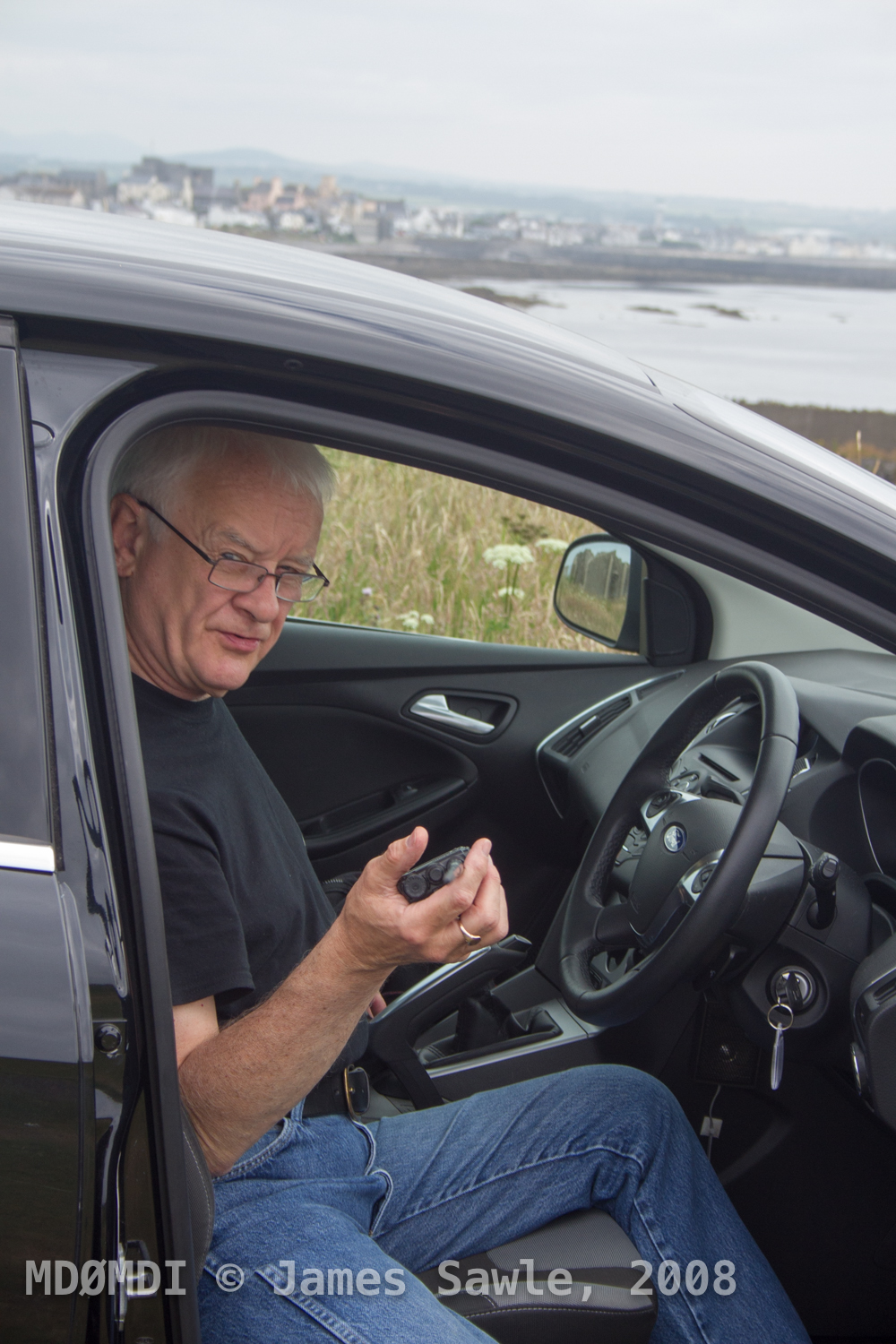 Harry (MD0HEB) did not wait long before he was accessing GB3GD, the 2mtr repeater here on the Isle of Man.

Morgan was the final member of the troop to arrive complete with a water bottle filled with gin!

With the management watching, me and John got to grips with assembling John’s vertical HF antenna.

We finally managed to drag Harry into helping us and before long things were starting to look promising.

Just a little tightening up and all will soon be well.

And with everyone doing work, Morgan starts laying into the sandwiches, bloody typical, mind you it is normally me first so I will let him off.

The idea for the day was to just have a fun day in the sun playing a bit of radio and enjoying a good chat with a few friends. As it happens the day was about as perfect as you could get, the weather was great and conditions on the radio where surprisingly good as well, and considering that we were only messing about with a vertical HF antenna and a long length of wire laid out over the ground we were making better contacts on just 5 watts than we expected, and what was meant to be just a few hours of play turned out to be most of the day.

The views around this end of the island are really quite nice in the few days that we have as summer here on the island, really makes living here worth the while, even when John walks into your shot!

The makeshift bench worked out quite well, the ground was warm and dry so we had no need of chairs anyway with the sun high and no wind to speak of, the day was just about as perfect a day for operating in the sun.

The old watchtower at Scarlett Point has a demanding position over the coastline near to Castletown, the old tower is owned and used by Ronnie (2D0RLA/MD0RLA), he keeps it to himself and does not allow anyone to use it which is a shame and a missed opportunity.

And when there is no where to sit, you can always find a suitably placed vehicle to lean over.

I always thought that you were meant to mounts radios inside a car, but this method works just as well.

John’s antenna seemed to work really well with loads of signals coming in from all over Europe, especially on the 10 meter band. 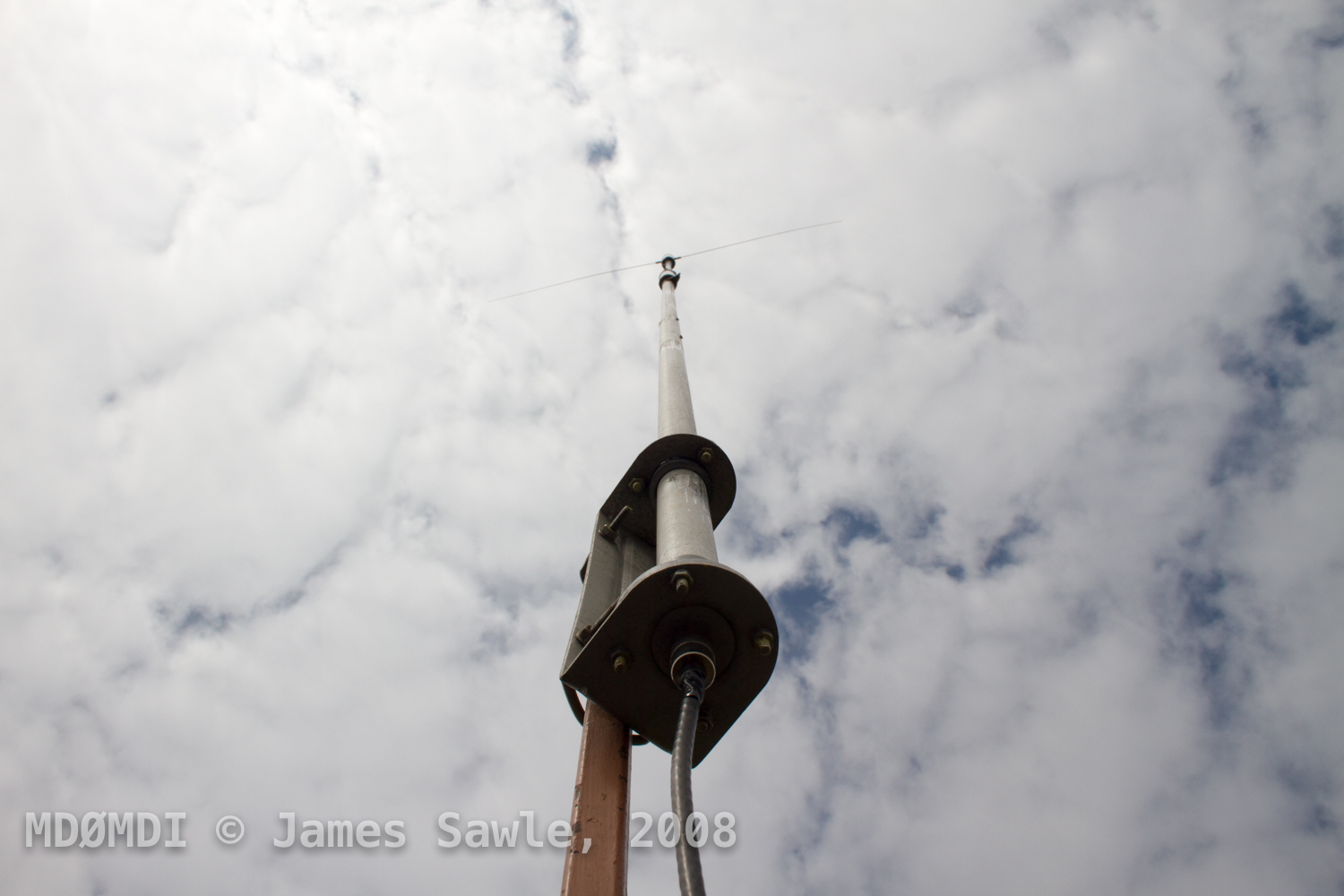 Harry didn’t miss a chance to relax in the sun and chat away the hours with his friends. We thought that he was being safety conscious holding onto a fire extinguisher all day long till we worked out it was a hip flask!

John (GD0NFN) working on the small Yaesu FT-817 with Morgan (MD0DXW) listening and watching as John was working into Slovakia on just 5 Watts (QRP).

Another good excuse for wearing dark glasses was so that we were never sure if he was awake or asleep, which meant that we just kicked him every now and then to check! 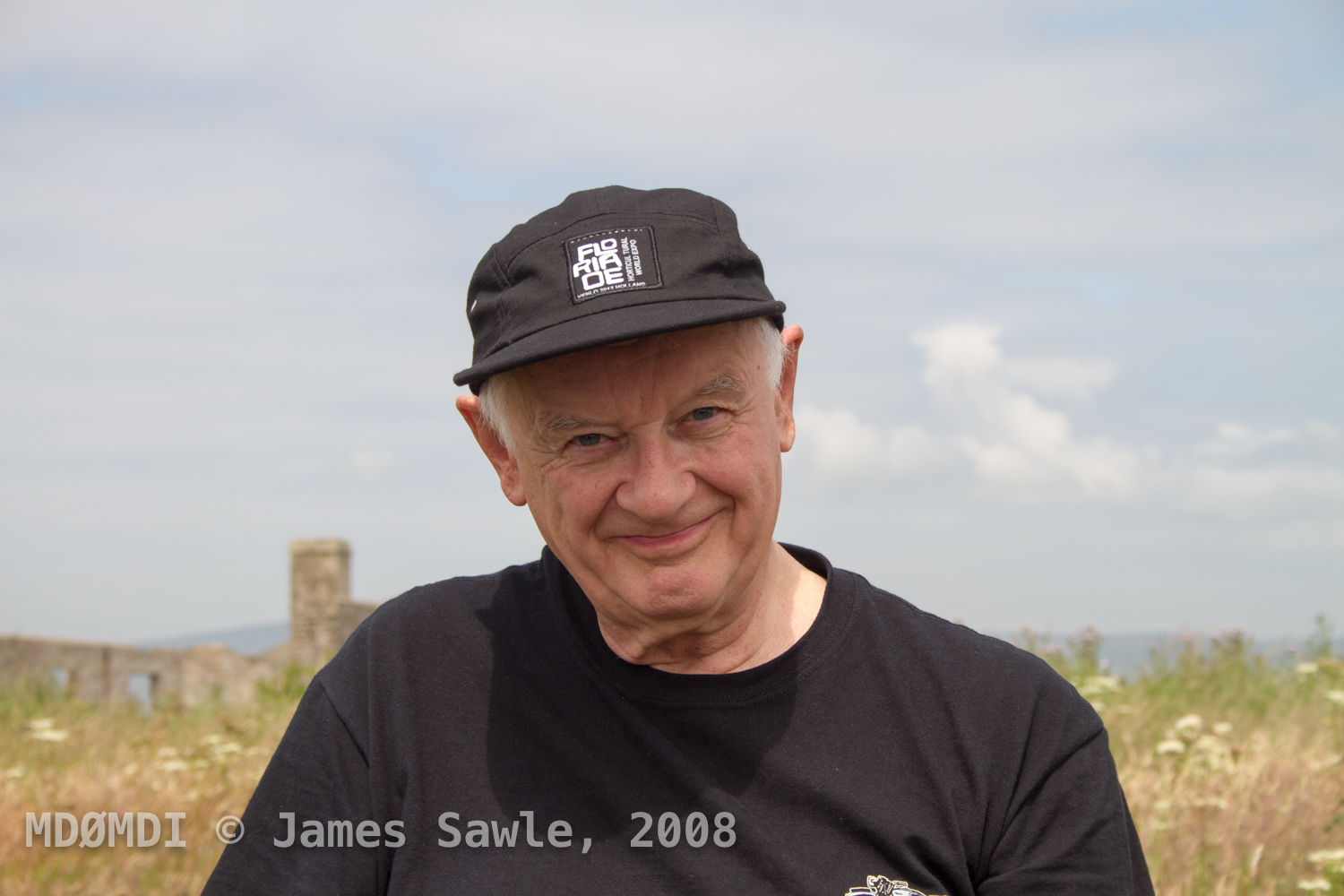 Morgan was very happy with the days events, having laid on the sun, a comfy chair, the bottle of Gin and good company, he was a happy bunny.

We only called it a day when the afternoon chill started to creep in and we made our own way home. The day was well worth doing.

Day Out for the Last of the Summer Wine Crew…